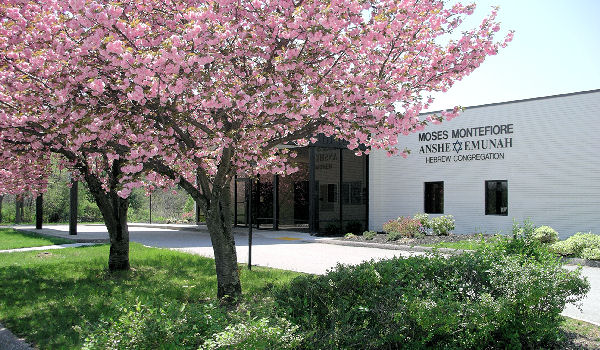 It took a lot of history and a lot of shuls to get where MMAE is today.

Separately, Anshe Emunah, the Hanover Street shul, was organized in 1884 and incorporated in 1887. Known as the BIG SHUL, it was the first orthodox shul to organize a Hebrew school in Baltimore and was one of the three shuls that formed the Union of Jewish Orthodox Congregations of America. Elsewhere in Baltimore, Liberty Jewish Center was organized in 1953 and located in the Howard Park/Liberty Rd area. Its membership went door to door recruiting new members, some of whom remain in our Congregation today. In 1955, Anshe Emunah merged with Liberty Jewish Center. When Anshe Emunah merged with Liberty Jewish Center, the congregation was able to build a shul on Marman Avenue. The Hebrew school was founded in 1956 and was one of the largest in Baltimore at the time.

In 1964, land was purchased on Church Lane in Randallstown and by 1966 the social hall and Hebrew school were completed. The shul held services at the police substation on Liberty Heights and Rogers Ave, with High Holiday services held at both the Liberty Theater and the synagogue’s social hall until the sanctuary was added in 1971. In 1974, Tifereth Israel merged with Liberty Jewish Center, making it Anshe Emunah/Aitz Chaim/Tifereth Israel (LJC).