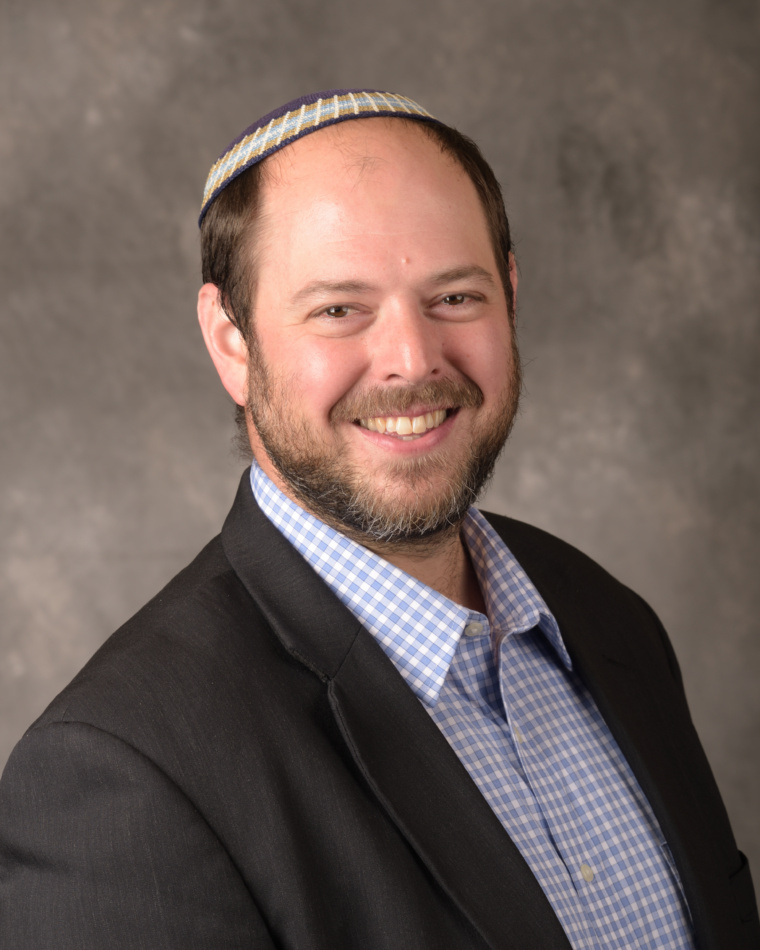 Rabbi Shapiro is our spiritual leader and was appointed in June 2010.

Rabbi Yerachmiel Shapiro has served as the spiritual leader of Moses Montefiore Anshe Emunah Hebrew Congregation since June 2010. He previously served Congregation Beth Shalom in Red Bank, NJ and was a rabbinic intern at Anshe Sholom B’nai Israel in Chicago, IL with Rabbi Asher Lopatin and at The National Synagogue in Washington, DC with Rabbi Shmuel Hertzfeld. He also completed chaplaincy internships at St. Luke’s Hospital and Riker’s Island Prison.

Rabbi Shapiro was born in Chicago where most of his family still resides. He received his Semicha (Rabbinic ordination) from Yeshivat Chovevei Torah Rabbinical School. While studying Torah and pastoral skills at Chovevei Torah, Yerachmiel became a student of Rabbi Avi Weiss, the founder and Dean of the Yeshiva. Rabbi Shapiro was even arrested twice with Rabbi Weiss while protesting Mahmoud Ahmadinejad’s visits and speeches to the United Nations. He studied the traditional areas of Halacha (Jewish law) for his ordination with his “rebbe,” Rav Yaacov Love.

Rabbi Shapiro studied Torah at Skokie Yeshiva in Chicago, where he began his Talmudic education with Rav Tzvi Haskell. At the same time, he studied under two “Torah Giants,” Rav Moshe Soloveichik and Rav Chaim Twersky.

Prior to rabbinical school, Rabbi Shapiro spent two additional years studying Torah in Israel at Yeshivat Hakotel. During that time, Yerachmiel resided in the Old City of Jerusalem and prayed at the Western Wall every day. His understanding of Jewish philosophy was nurtured under the tutelage of Rav Yoel Rackovsky, Rav Amos Luban, and Rav Lipman Podolsky OB”M. Also while in Israel, Rabbi Shapiro completed three separate rabbinic internships at Isralight Institute, where he learned rabbinic skills and Jewish spirituality from the renowned Jewish educators Rabbi David Aaron and Rabbi Bini Friedman.

Rabbi Shapiro attended Brandeis University in Waltham, MA, where he excelled in his classes and received a well-rounded education. He majored in Psychology and Near Eastern Judaic Studies, with a minor in Hebrew. It was during those years at Brandeis that Rabbi Shapiro met Rebbetzin Helene and knew he had found his beshert.

Here in Baltimore, Rabbi Shapiro is one of the only rabbis who is both a member of the Baltimore Board of Rabbis and the Vaad Harabanim of Baltimore. Though his passions are teaching Torah, creating meaningful lifecycle events, and bringing out the best in his congregants and fellow Jews, Rabbi Shapiro has ambitions to someday have a spiritual impact on the city of Baltimore.

When Rabbi Shapiro took the reins of Moses Montefiore Anshe Emunah from his mentor and friend Rabbi Elan Adler, the transition to a large shul was a welcome challenge. MMAE has flourished and grown under his leadership. He is genuinely loved by his congregation, and even better, he absolutely loves them.

Yerachmiel was featured in the PBS Independent Lens documentary, “The Calling.” He was one of the two students chosen by the film’s director to represent the Jewish faith. The movie highlighted the challenges and the celebrations of becoming a rabbi.

Rabbi Shapiro enjoys playing sports and hiking. In high school he starred on the Glenbrook North football team as an “iron man” tackle. These days, Rabbi Shapiro can be found coaching his son’s baseball team. When he has time, he likes to ski, golf, fish, kayak, and go to concerts with his wife, Helene.