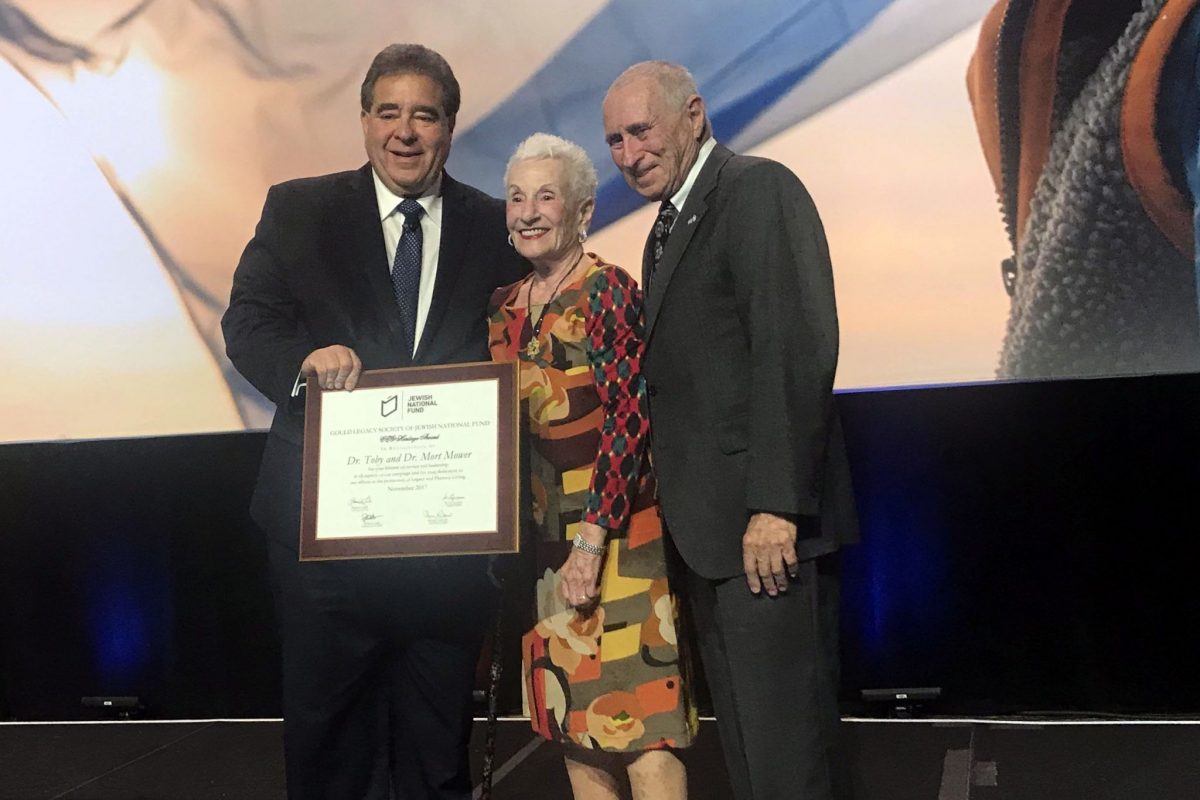 Dr. Morton Maimon Mower, a noted American cardiologist and co-inventor of the Automatic Implantable Cardioverter Defibrillator — a device that detects when a heart beats too rapidly or inefficiently and delivers a shock to produce a normal rhythm — died of cancer on Monday, Apr. 25, in Denver. He was 89.

“As a medical inventor, his innovations restarted the hearts of millions, yet he also gave a heartbeat to an entire nation — the land and people of Israel,” said Jewish National Fund-USA Chief Executive Officer Russell F. Robinson. “The world has lost a philanthropic luminary and I have lost a friend. While small in stature, Dr. Mower leaves behind a giant legacy.

“Mort, you helped change the world.”

Eulogized Rabbi Yerachmiel Shapiro, of Pikesville’s Moses Monetifore Anshe Emunah Hebrew Congregation: “We’re comforted that Mort left the world as he lived it. He was never one to waste time. He didn’t have a long, drawn-out illness that robbed him of his dignity or wisdom. …

“One of Mort’s central traits was stubbornness and resilience. He never gave up. He never slowed down,” Rabbi Shapiro said. “How many people are going to be in heaven waiting for him to thank him? He was a blessing to this community, to Israel and to this country.”

A Baltimore native who was raised in Frederick, Dr. Mower was one of three children born to Robert Mower, a shoe repairman, and Pauline Mower, a stay-at-home mother. He spent his summers in Atlantic City working at his uncle Sam’s salt water bath houses and as a salesman at his uncle’s toy store on the Boardwalk.

When Dr. Mower was 15, he was inspired to enter the medical field by a family physician who made frequent house calls to treat his ill uncle. “The family treated [the doctor] like a king,” he later recalled in an interview with an alumni publication. “They made him sit down. They made him have a cup of tea. I thought, ‘Gee, that’s not bad. That’s what I would like to do. It would be nice to be treated that way.’”

From 1963 to 1965, Dr. Mower served as a captain and chief of medicine in the Medical Corps of the U.S. Army in Bremerhaven, Germany.

During his fellowship at Sinai Hospital of Baltimore in 1966, Dr. Mower was named co-investigator of a coronary drug project. “I admired the specialty like I admired neurology. Both were sort of precise things,” he said.

In 1969, he started working on an implantable heart defibrillator with Dr. Michel Mirowski, a Polish-born Israeli physician. They spent a couple months fabricating circuits for the device and several years designing the defibrillator for implantation. It was not until February 1980 that the device was implanted into a human being at Johns Hopkins Hospital.

“It was the talk of the whole hospital that these crazy guys are going to put in an automatic defibrillator,” Dr. Mower said. “If something had gone awry, we would have never lived it down.”

Throughout the 1970s and 1980s, Dr. Mower served in several capacities at Sinai. He was a research associate in the cardiopulmonary laboratory, acting administrative director of the Division of Cardiology, acting chief of cardiology and chief of cardiology. In addition, Dr. Mower held the positions of secretary-treasurer, vice-president and president of the medical staff at Sinai.

In 1989, Dr. Mower entered the private sector and became vice president of medical science at Cardiac Pacemakers Inc. in St. Paul, Minnesota, designing studies in medical education. From 1995 to 1996, he was a senior consultant for Guidant Corp., a branch of Boston Scientific that manufactures cardiovascular medical products. In 1996, he became chairman and chief executive officer of Mower Research Associates in Baltimore.

The AICD received approval from the U.S. Food and Drug Administration in 1985. Eli Lilly and Co. commercialized the device and began marketing the AICD in the late 1980s. By 1988, nearly 5,000 people had benefited from the device. The FDA estimated that 416,000 AICDs were implanted between 1990 and 2002 in the United States.

The device is now implanted in more than 300,000 people worldwide and is 99% effective in correcting heart rhythm abnormalities and cardiac arrest. Notably, former Vice President Dick Cheney received an implantable defibrillator in 2002.

During his career, Dr. Mower received the Space Technology Hall of Fame Recognition Award; the Michel Mirowski Award of Excellence in the Field of Clinical Cardiology and Electrophysiology; the Medical Alley Award for Outstanding Contribution in Research and Development; the President’s Award of Heart Rhythm Society and the University of Maryland School of Medicine Alumni Association Honor Award and Gold Key For Outstanding Contributions to Medicine and Distinguished Service to Mankind.

In 2002, Dr. Mower — who moved to Colorado a decade ago — was inducted into the National Inventors Hall of Fame, and the recipient of the 2015 Prince Mahidol Awardee in Medicine.

In addition, Dr. Mower was a board member of the Jewish National Fund-USA, Hadassah and Ben-Gurion University of the Negev in Beersheva.

“Dr. Mower loved Israel with a passion beyond words,” said Jewish National Fund-USA President Dr. Sol Lizerbram. “He even made it his mission last month to travel back to Israel with Jewish National Fund-USA to see the land and its people that he cherished so dearly. Because of Dr. Mower and his dear wife, Dr. Toby Mower, their philanthropic footprint is felt and seen throughout our Jewish homeland.”

In his spare time, Dr. Mower was an inveterate world traveler, a committed art collector, an avid skier and a lover of dance.

“Mort was a giant in the fields he tackled — inventing the implantable defibrillator, helping to solve Israel’s water situation now and for the future, Jewish addiction recovery programs and probably many more — but you would never have known that unless you either pried it out of him or saw some story about him in a magazine or on ‘Jeopardy!’” wrote Jeff Forman, president of Moses Montefiore Anshe Emunah Congregation, in a memorial posting. “May his memory always be for a blessing and may he rest in peace.”

Services to commemorate Dr. Mower’s life were held Apr. 27 at at BMH-BJ Congregation in Denver, with interment at Mount Nebo Cemetery in Aurora, Colorado.

He is survived by his wife of 56 years, Tobia Kurland Mower; his children, Robin Sara and Mark Mower; his daughter-in-law Kathleen Mower; his brother Bernard and his sister Susan; and his grandchildren, Mason, Luca and Zeke Mower. 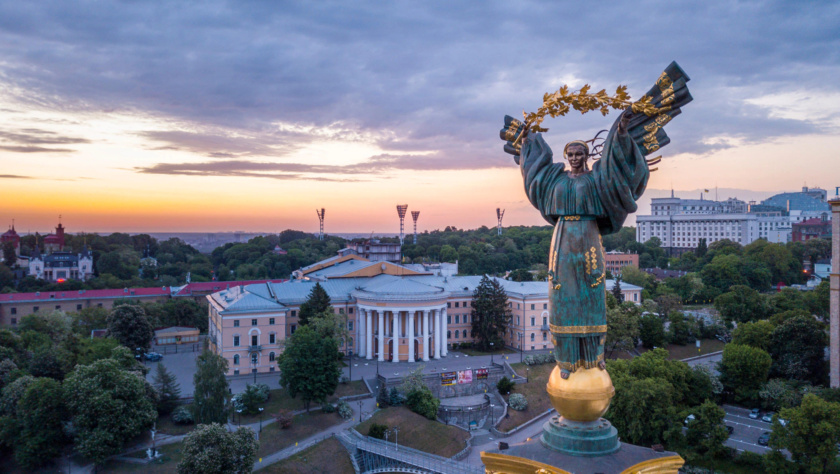 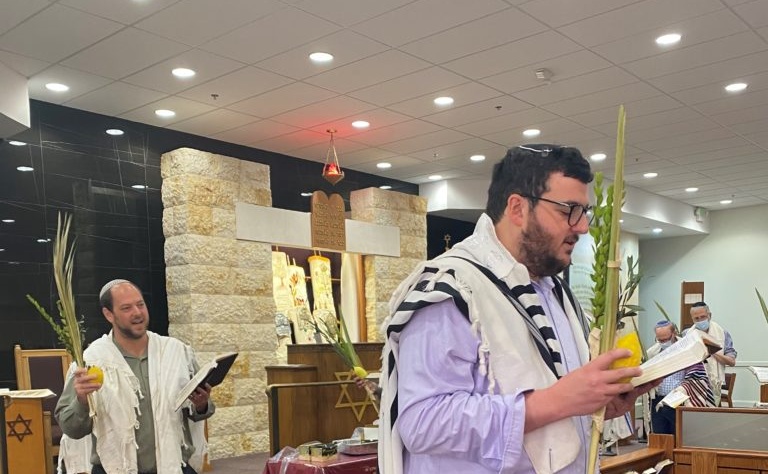 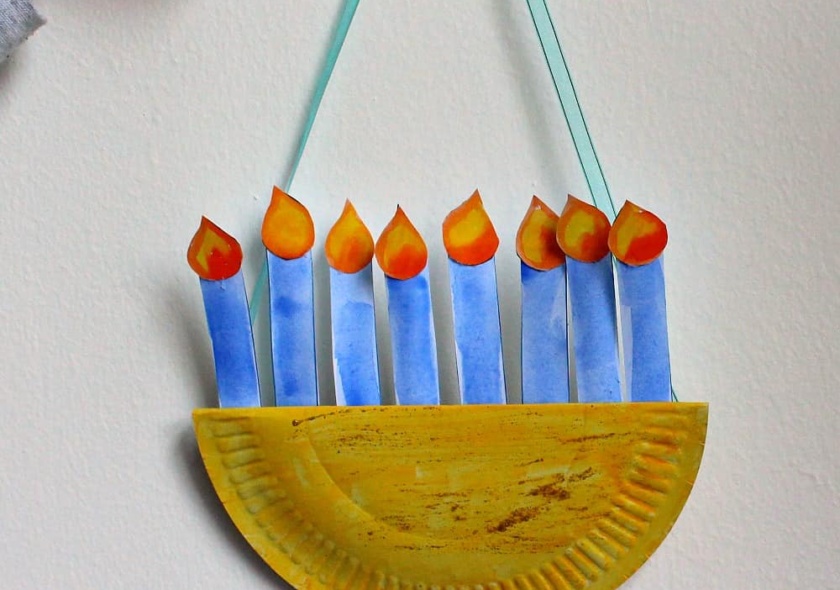 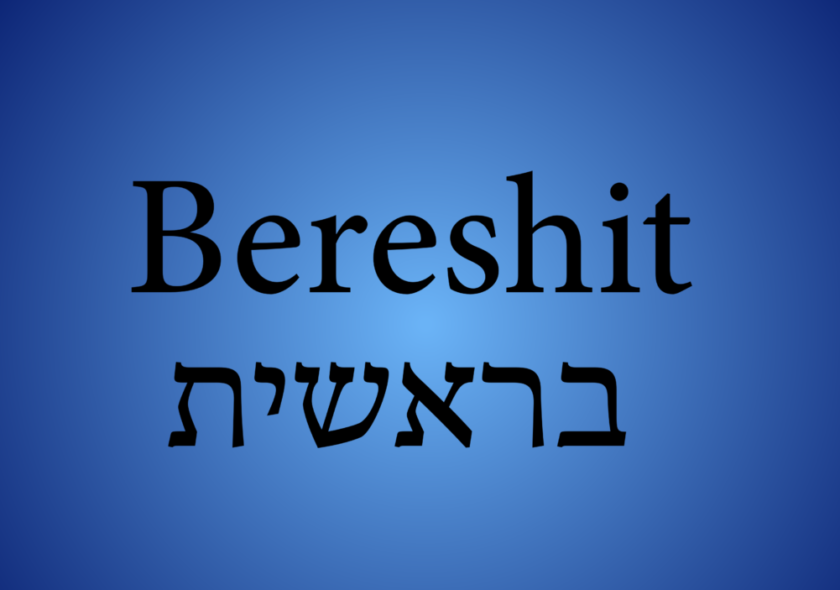